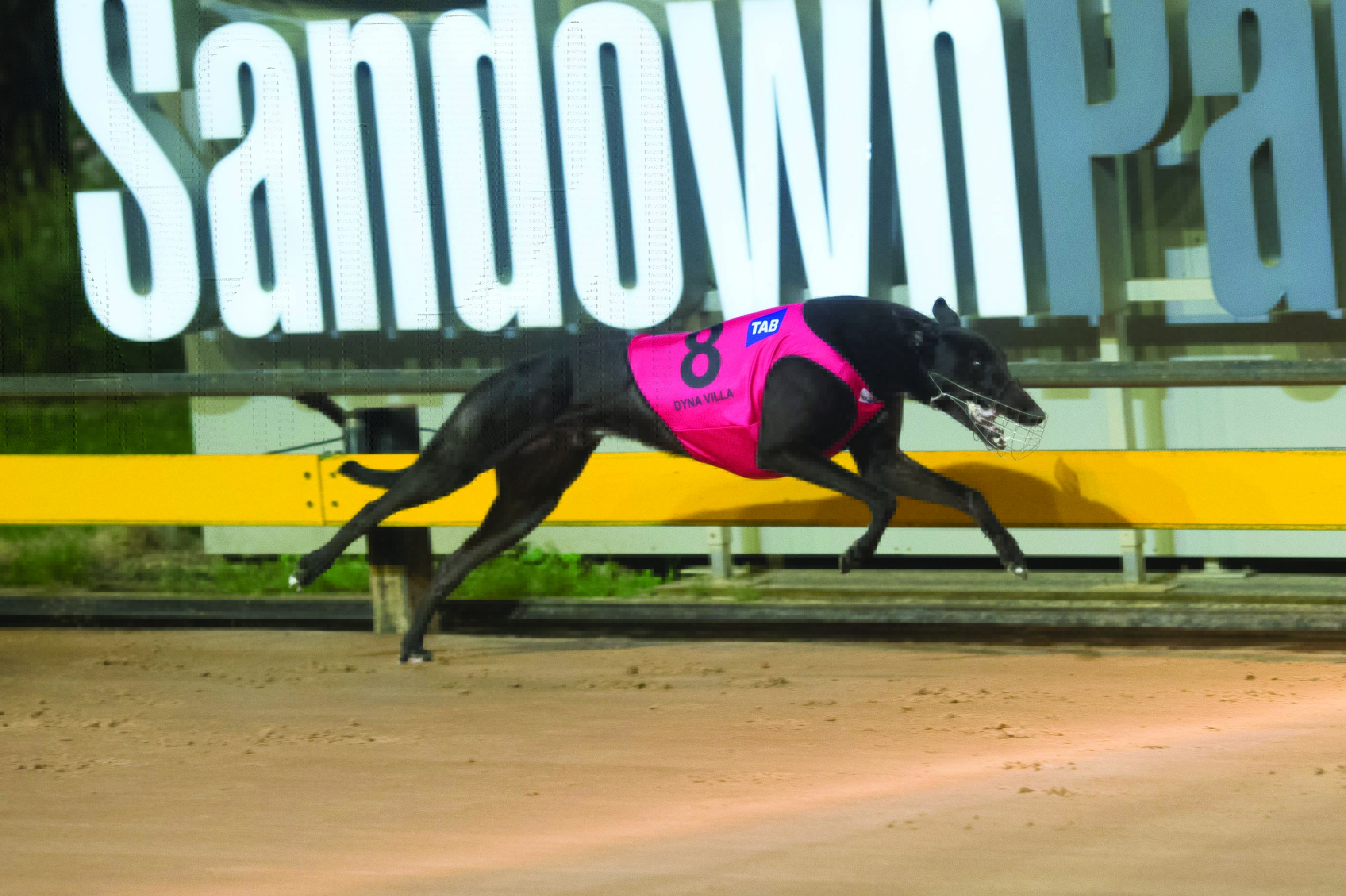 Outstanding race dog with exceptional speed & an unrelenting will to win. Dyna Villa has all the ingredients to be a sensation at stud.

“Wheeler, Wheeler, Wheeler … that’s the recipe for Dyna Villa. Almost all his best progeny to date have a huge reinforcement of the Wheeler damlines, many of them intensely in-bred. With Sonic Flight in his damline, he is also a must for daughters of Fabregas to bring in Sonic Flight’s brother Larkhill Jo. AND, Dyna Villa is already bred on the Collision/Gold Rush Bale cross (similar to Dyna Tron) so he can take more Collision and certainly bitches with Cosmic Rumble in them. Daughters of Barcia Bale will be a special mating for him also.”